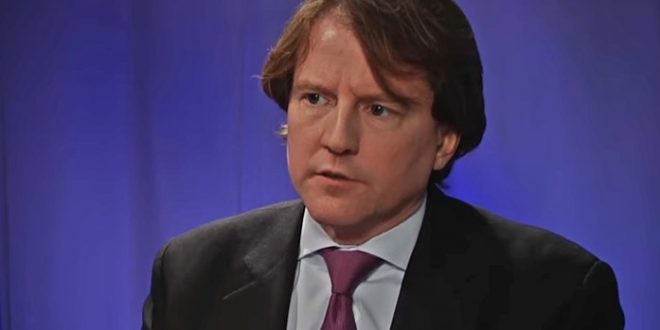 President Trump reportedly considered firing White House counsel Don McGahn if he didn’t deny a report that he threatened to resign after Trump ordered him to fire special counsel Robert Mueller, according to The New York Times. In January, the Times reported that Trump ordered Mueller to be fired last year, but was stopped after McGahn threatened to resign rather than carry out Trump’s order.

In the days after the Times published its report, former White House staff secretary Rob Porter reportedly told McGahn that Trump wanted him to release a statement denying that Trump wanted Mueller to be fired and that McGahn threatened to resign over the order. According to the Times, Porter told McGahn Trump had suggested he might “get rid of” McGahn if he didn’t issue the statement. Trump later confronted McGahn in the Oval Officer after he didn’t release a statement denying the Times report.

The original Times report is here, but The Hill summed it up too neatly to resist using their take.

Previous REPORT: Mueller Has Evidence That Erik Prince Set Up Secret Meeting To Establish Back Channel To Kremlin
Next Richard Painter May Run For Al Franken’s Senate Seat