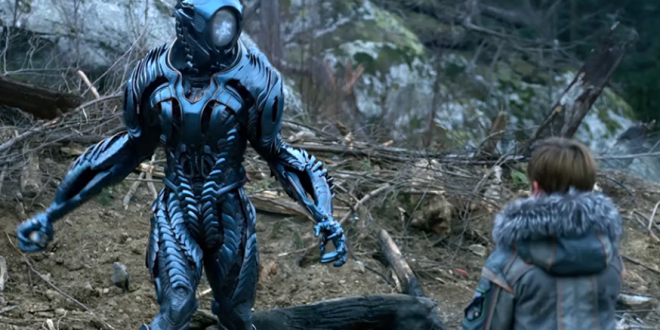 Netflix has released the trailer for its reboot of Lost in Space, based on the 1960s TV series of the same name about a family of space colonists who veer off course and crash-land on an alien planet. The series has been reimagined twice before: once as a TV pilot in 2003 that never saw the air, and then as a much-maligned movie remake starring Matt LeBlanc of Friends fame. A middling success when it first aired, the original Lost in Space has become a cult classic in sci-fi communities, renowned for its campy ambition. Netflix’s reboot, however, looks to be a much darker and more stylish version of the story.

Previous Homocon Carl DeMaio Files Another US House Run
Next TENNESSEE: Republicans Kill Bill To Ban Child Marriage Because It Interferes With Fight Against Obergefell