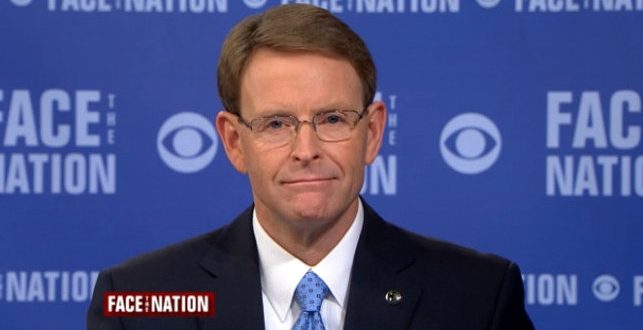 When it comes to sending the NFL a message, Papa John’s delivers. After six months of back and forth with the League over its pathetic handling of the anthem crisis, the pizza chain is finally cutting ties with Commissioner Bob Goodell. Papa John’s, new CEO Steve Ritchie announced, will no longer be the official pizza of the National Football League.

With football ratings in the basement and fan disgust at an all-time high, the chain thinks it’s time to move its advertisement to players, preferably patriotic ones. This all comes, of course, after the very public spat between former CEO John Schnatter and the League’s management, who he blamed for the decline in sales.

“We are totally disappointed that he NFL and its leadership did not resolve the ongoing situation to the satisfaction of all parties long ago,” Schnatter said. “This should have been nipped in the bud a year and a half ago… NFL leadership has hurt Papa John’s shareholders.”

Like us, he’s watched the fall of household names like Kellogg’s, Target, GrubHub, Penzey’s Spices, Starbucks, and others because they decided to focus on politics, not products. It’s a sad commentary on our times that CEOs seem more preoccupied with pushing their brand of morals than merchandise.

In this case, Papa John’s seems to be doing its part to hold a politically correct League accountable. Unfortunately, out of desperation or pressure — or both — some businesses are still trying to woo customers with political correctness. Most CEOs find out the hard way that it doesn’t work. (Look at the mess Delta Airlines is in this week for its attack on NRA members!) At the end of the day, Americans respect — and reward — companies that stay neutral in the culture war.