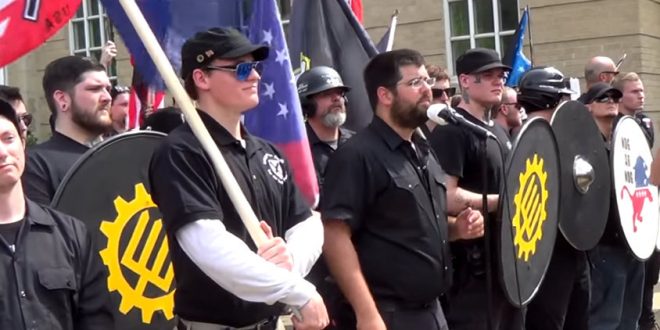 A House committee declined to pass a resolution that stated Tennessee denounces white nationalism and neo-Nazism. The sponsor, Rep. John Ray Clemmons, D-Nashville, didn’t receive a second motion to proceed with discussing the resolution in the House State Government Subcommittee on Wednesday.

“I’m in utter disbelief at what just happened,” Clemmons said after the meeting. “I didn’t think there was anything controversial about this resolution.” He said he had expected the resolution would be passed and placed on the House’s consent calendar.

The subcommittee’s sole Democrat, Rep. Darren Jernigan, D-Old Hickory, made the first motion, which was met with silence by the subcommittee’s Republican members, Reps. Bill Sanderson, Bud Hulsey and Bob Ramsey. After being cut off by Sanderson, the subcommittee chairman, from discussing the resolution, Clemmons was immediately granted a second motion to talk about an unrelated bill on studying state government contracts.

House Joint Resolution 583 was filed  in the wake of the Unite the Right rally, where one counter-protester was killed by white nationalist James Alex Fields Jr.  The motion stated that “recent tragic events have proven that white nationalism and neo-Nazism remain very real threats to social and racial progress” and asked the house to “strongly denounce and oppose the totalitarian impulses, violent terrorism… and bigoted ideologies that are promoted by white nationalists and neo-Nazis.” It also urged law enforcement to recognize these groups as domestic terrorists.