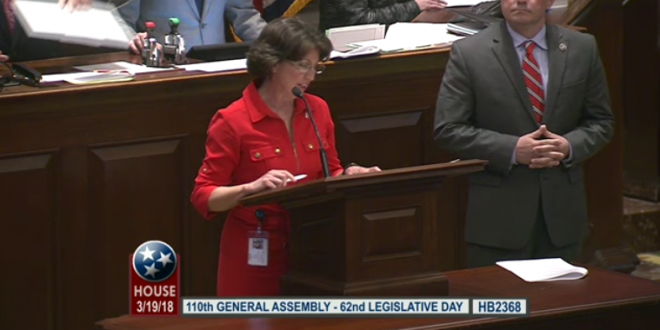 A bill requiring Tennessee schools to prominently display the national “In God We Trust” motto is headed to the governor for his signature. The legislation, sponsored by Rep. Susan Lynn, R-Mt. Juliet, overwhelmingly passed the state House on Monday with 81 of the 99 members voting in favor of it. Before the vote, the Republican lawmaker spoke from the House floor about the prominence of the phrase.

The bill requires schools display the motto in a prominent location where students are likely to see it, like a school entryway, cafeteria or common area. It offers more freedom on what form it takes, suggesting that it could be a mounted plaque or student artwork.

Republicans hold a 3-1 supermajority in the state House. In the state Senate, it’s nearly 6-1. Rep. Susan Lynn, you’ll be shocked to learn, has introduced multiple anti-LGBT items. In 2016 Democrats filed a workplace discrimination complaint against her for distributing an anti-Muslim DVD.