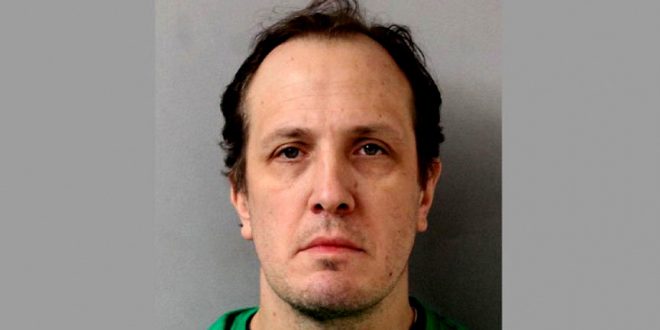 TENNESSEE: Anti-Gay Pastor Charged With Molesting Eight Children, Allegedly Asked Them To Sit On His Face

Metro police have arrested a pastor accused of molesting several children across two decades while he was leader of a South Nashville congregation. Matthew Dennis Patterson, known as Denny, served as pastor of Nolensville Road Baptist Church for more than 20 years. He resigned on Sept. 24.

Days later, members of the congregation came to the police precinct on Harding Place with complaints about his requests to “engage in strange activities” with children, authorities said. Children at the church told adult members that Patterson had asked them to sit on his face and stomach, sometimes in their underwear, according to a police statement.

After interviewing multiple church and staff members, police said the detectives identified multiple victims, most of them boys, who were molested from 1998-2017. Police did not say how old the children were at the time of the alleged abuse. Patterson has been indicted on eight counts of aggravated sexual battery. Each count is linked to a different child, according to police.

According to the above-linked report, Patterson was a “vocal opponent” of a 2003 ordinance that would have banned anti-gay housing and employment discrimination. Patterson told the paper at the time that he would protest any such bill before the Nashville Metro Council every time it was proposed.

RELATED: In early 2011, the Nashville Metro Council approved a ban on anti-LGBT business discrimination. Several months later GOP Gov. Bill Haslam signed a bill banning all local LGBT rights laws in Tennessee, overturning Nashville’s ordinance. Since then several Tennessee cities, including Nashville, have banned anti-LGBT discrimination in local government hiring, which is the most inclusive policy allowed under the ban signed by Haslam.