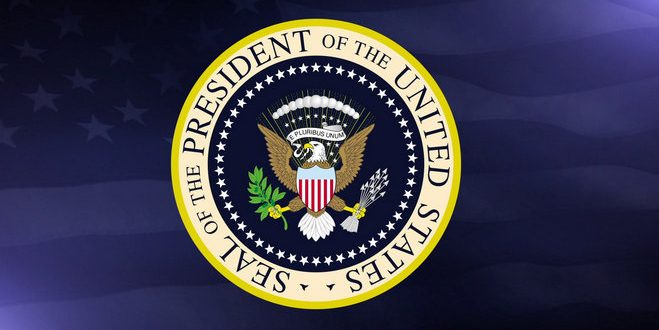 SURE JAN: Trump Yanks Presidential Seals From Golf Courses, Claims They Were Gifts From “Incredible Fans”

The Trump Organization says it has removed replicas of the presidential seal from one of its golf courses a day after a report that the private company’s use of the seal could be illegal. “The plaques were presented to the club by a small group of members, who are incredible fans of the President, in honor of Presidents Day weekend. They were temporary and have since been removed,” a Trump Organization spokesperson said in a statement.

ProPublica first reported that the Trump Organization ordered dozens of replicas of the official presidential seal from the Indiana-based company Eagle Sign & Design to use as tee markers on the Trump International Golf Course in Palm Beach. Eagle Sign & Design declined to comment on the report Monday. It is illegal to use the presidential seal for any purpose that implies the endorsement of the federal government, according to federal law.

Previous Florida GOP State Senator: Thoughts And Prayers Are The Only Thing That Will Ever Stop Mass Shootings
Next Stormy Daniels Sues Trump To Invalidate Agreement