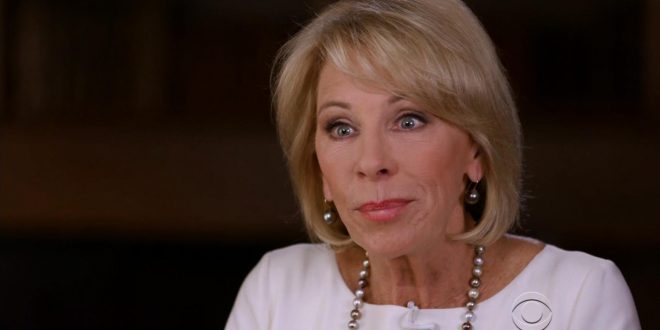 Education Secretary Betsy DeVos took a shot at the CBS news program “60 Minutes” on Tuesday, days after she was criticized for struggling to answer basic questions about school performance and education policy during a pointed interview that aired Sunday on the program.

In a keynote address to the National PTA Legislative Conference in Crystal City, Va., DeVos suggested her comments on CBS had been edited to make her look bad.

“So, now that I have the opportunity to speak unedited, I’m not afraid to call out folks who defend stagnation for what it really is: failure,” she said, criticizing those who are against school choice given that U.S. students are ranked 40th in math, 23rd in reading and 25th in science compared to other countries.