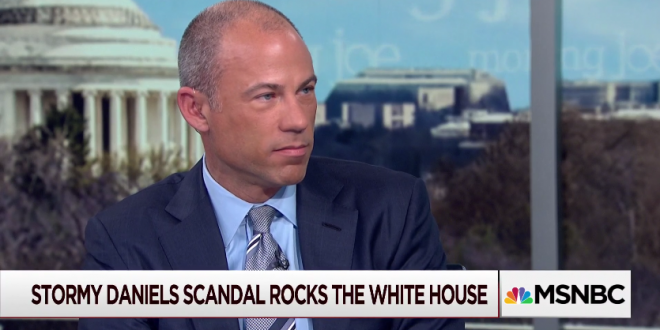 Stormy Daniels’ lawyer is demanding that the Trump Organization preserve all records related to the adult film actress and he plans to subpoena them — citing “unmistakable links” between President Donald Trump’s company and a secrecy agreement she signed.

Attorney Michael Avenatti also sent similar requests Thursday to two banks involved in a $130,000 payment facilitated by Trump attorney Michael Cohen to Daniels, whose legal name is Stephanie Clifford. “We request that you immediately preserve all evidence, documents, tangible things and electronically stored information (“ESI”) potentially relevant to the claim,” Avenatti wrote to the Trump Organization and the banks.

In a statement to NBC News, Avenatti said, “We intend on using all legal means at our disposal to uncover the truth about the cover-up and what happened. And this is but one of many tools we will use. When we are done, the truth will be laid bare for the American people.”

The attorney also demanded that the Trump Organization preserve all internal communications and financial records pertaining to the matter, and indicated interest in communication from February “whereby Mr. Cohen attempted to interfere with Ms. Clifford/Daniels’ ability to hire new counsel (i.e. Michael Avenatti).”

Previous Tillerson Jabs At Trump In Farewell Speech [VIDEO]
Next REPORT: Saudi Prince Privately Bragged To Multiple Parties About Having Kushner “In His Pocket” [VIDEO]