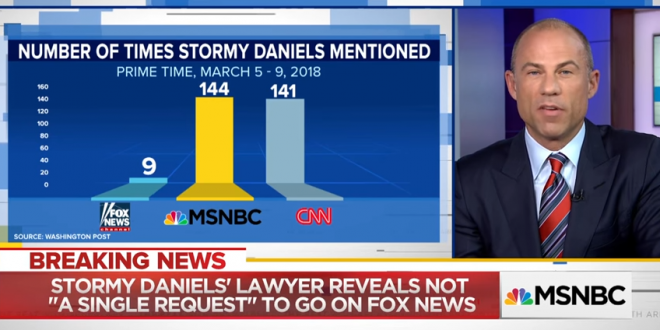 Stormy Daniels’s attorney said he hasn’t yet received any interview requests to appear on Fox News. “I’ve been invited to give interviews to literally hundreds of media outlets around the world,” Michael Avenatti said during an interview on MSNBC.

“What is shocking to me is, I haven’t received a single request, not one, from Fox News.” He said Fox News has reached out to him for copies of documents and “things of that nature.”

“And I’ve cooperated with them just like I have with other networks and I’ve been prompt in attending to their request,” he said. “But I haven’t received a single interview request, not one, from Fox News.”