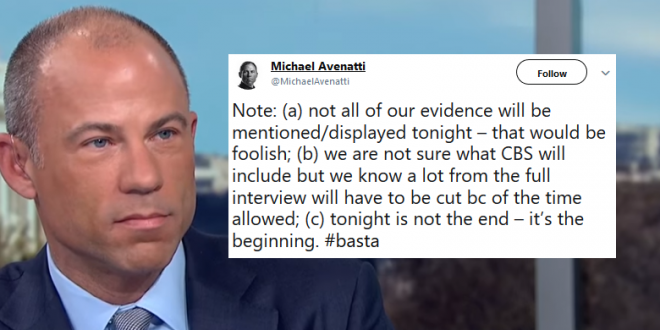 Note: (a) not all of our evidence will be mentioned/displayed tonight – that would be foolish; (b) we are not sure what CBS will include but we know a lot from the full interview will have to be cut bc of the time allowed; (c) tonight is not the end – it’s the beginning. #basta

Previous Rick Santorum: Student Activists Should Be Learning CPR Instead Of Protesting Against The NRA [VIDEO]
Next LIVE VIDEO: Stormy Daniels On 60 Minutes