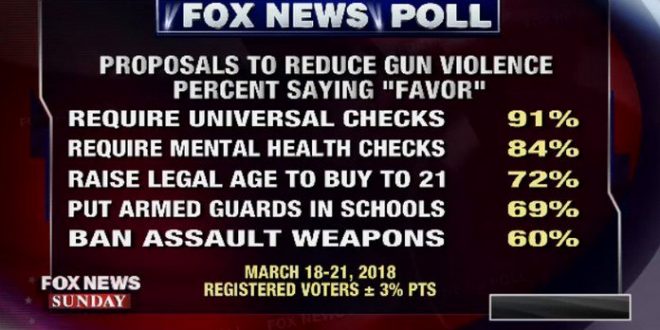 Voters prioritize protecting citizens from gun violence over protecting the rights of gun owners. And while majorities support a variety of gun control proposals, the latest Fox News poll also finds doubt Congress will act — or that it would make any difference if it does.

The proposal a majority rejects is allowing teachers and school officials to carry guns on school grounds (57 percent oppose). That was also the case in 2013 (52 percent opposed.)

Previous Trump Loses Two Lawyers Over Conflicts Of Interest
Next Rick Santorum: Student Activists Should Be Learning CPR Instead Of Protesting Against The NRA [VIDEO]