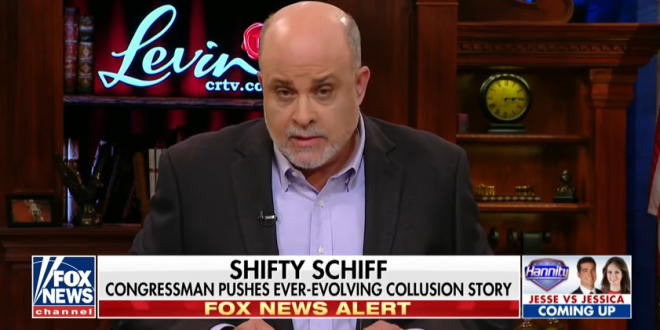 Conservative radio talkshow host Mark Levin blasted Rep. Adam Schiff (D-CA) over his handling of the ongoing Russia investigation. And he held nothing back.

“I will tell you this Mr. Schiff, you’re a leaker,” Levin said. “You sit on the House Intelligence Committee and because you are on that committee, it ought to be called the House Stupid Committee.” The recently added Fox News host then challenged Schiff to take a lie detector test to prove that he isn’t a leaker.