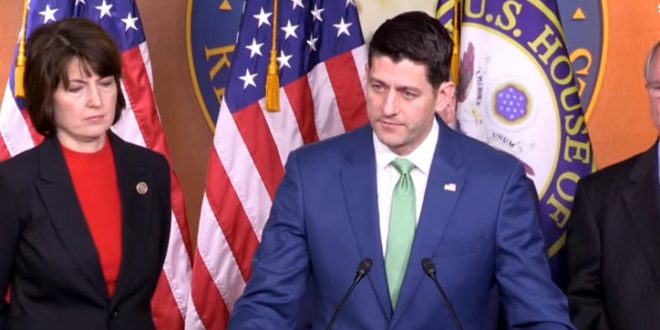 According to House Speaker Paul Ryan, conservatives actually won in Pennsylvania yesterday because Conor Lamb is one of them.

Speaking to reporters at the weekly Republican leadership news conference Wednesday, Ryan defined Democrat Conor Lamb as a “pro-life, pro-gun, anti-Nancy Pelosi conservative” and noted that there wasn’t a Democratic primary that would have pulled Lamb to the left.

While the Wisconsin Republican argued Republicans need to focus on their legislative track record in Congress and avoid being outraised, he still said he doubts this will become a trend in Republican-leaning districts because there wasn’t a primary.

Are Paul Ryan and other Republican leaders really now prepared to say that “personally opposed to abortion” but thinks it should be legal makes Conor Lamb a “pro-life” politician?

It’s interesting to hear Paul Ryan describe Conor Lamb as “a conservative,” given his support for the Affordable Care Act and background checks, plus his opposition to Republican tax cuts and proposed changes to retirement benefits

Conor Lamb campaigned:
1. For universal health care
2. Against Trump’s tax cut
3. For expanded background checks
4. For stronger unions
5. Against cuts to Social Security
6. For a woman’s right to choose
7. For medical marijuana