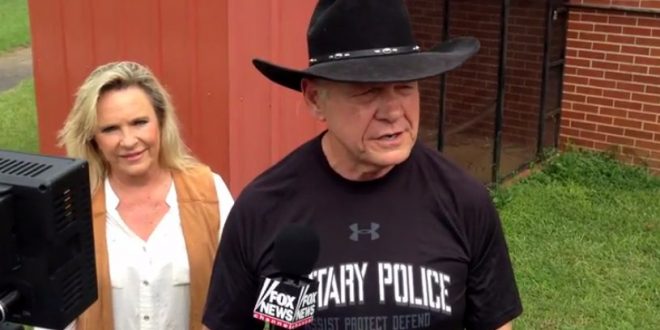 The Foundation for Moral Law, an Alabama nonprofit corporation dedicated to the defense of religious liberty and a strict interpretation of the Constitution in accordance with the intent of its Framers, filed an amicus brief with the U.S. Supreme Court Monday supporting Proclamation 9645, President Trump’s travel ban.

Proclamation 9645 prohibits travel to the United States from certain nations that allegedly harbor terrorists and do not adequately “vet” potential emigrants to ensure that they will not pose a threat to the United States. After the Ninth Circuit upheld an injunction suspending the ban, the Supreme Court agreed to hear the case.

Foundation Senior Counsel John Eidsmoe denied that the travel ban discriminates against Muslims: “The ban is not aimed at Muslims; it is aimed at terrorists. At least 86% of the world’s Muslims and at least 36 majority-Muslim nations are unaffected by the ban. The ban also includes two nations (North Korea and Venezuela) in which Muslims are a very small minority.”

Foundation Counsel Matt Clark added that the federal court exceeded its powers by issuing an order with nationwide effect. “Federal courts,” Clark said, “lack constitutional power to issue orders that bind persons who are not parties to the action. We hope the Supreme Court will use this opportunity to rein in judicial activism and keep courts within their constitutional limits.”