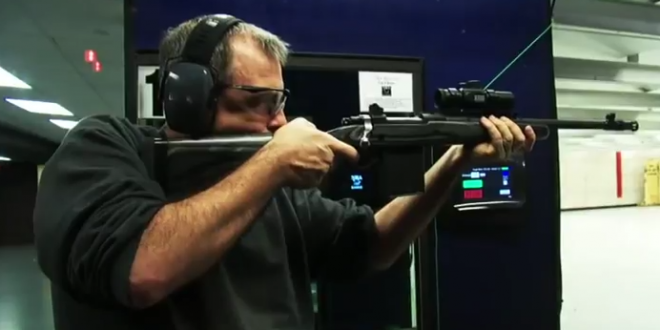 NRA TV regular and Townhall columnist Kurt Schlichter has penned a column in which he fantasizes about how to kill liberals in the civil war which he seems to believe is coming.

How do a bunch of hunters in Wisconsin defeat a company of M1A2 Abrams tanks? They ambush the fuel and ammo trucks. Oh, and they wait until the gunner pops the hatch to take a leak and put a .30-06 round in his back from 300 meters. Then they disappear. What do the tanks do then? Go level the nearest town? Great. Now they just moved the needle in favor of the insurgents among the population. Pretty soon, they can’t be outside of their armored vehicles in public.

A red counter-insurgency avoids the problem of a decentralized insurgency and insecure logistical lines. In the case of California, whose secessionist antics are approaching the point where President Trump could legitimately employ his power to crush insurrections, the tactical problem is relatively simple. For example, San Francisco is a hotbed of treason, but the populace is largely unarmed and is trapped in a confined area.

You put a brigade on securing the Golden Gate and Bay Bridges, then put a brigade on the San Francisco Peninsula to cut off the I-280 and US-101 corridors. Next you go to the Crystal Springs Dam and cut off the water. Then you watch and wait as the tech hipsters run out of artisanal sushi rice and kombucha.

Who wants to bet that future historians will count the death of Scalia as marking an important milestone on the road to the 2nd civil war?

Read my scary, viral new @townhallcom column that prominent Never Trump gimps are trying to get my editors to ban!https://t.co/FrlQ41GZoA