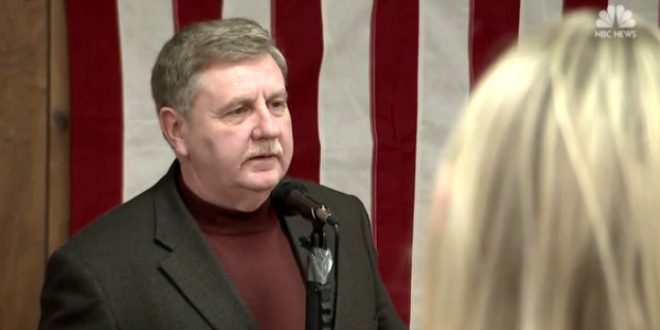 Republican congressional candidate Rick Saccone on Monday evening asserted that his political opponents “hate” the president, the United States, and even God.

“They’re energized for hate for our president,” said Saccone, standing alongside Donald Trump Jr. in a firehouse in this western Pennsylvania town. He continued, “Many of them have a hatred for our country. I’ll you some more — my wife and I saw it again today, they have a hatred for God.”

A new Monmouth poll released on Monday showed the GOP candidate trailing by six percentage points to Democrat Conor Lamb ahead of the Tuesday special election for the state’s 18th congressional district. Donald Trump won the district by 20 percentage points in the 2016 presidential election.