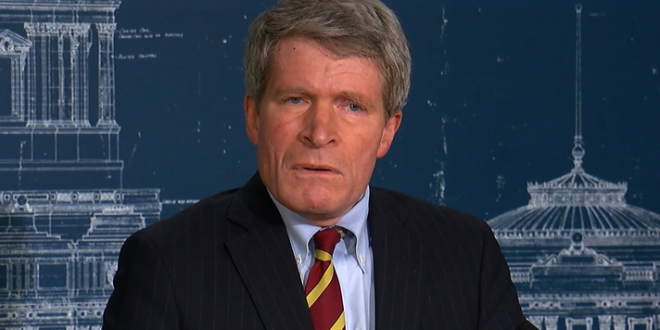 Richard Painter, a University of Minnesota law professor and prolific TV and Twitter critic of President Donald Trump, said Wednesday that he is forming an exploratory committee that could lead to a campaign for the U.S. Senate seat vacated by Al Franken and now occupied by Democrat Tina Smith.

Painter said at a State Capitol news conference that although he’s a longtime Republican and served as chief ethics lawyer in George W. Bush’s White House, he’s unsure whether he would run as a Republican, Democrat or independent.

“I need to think about whether there’s a place for me” in the GOP, he said. “I’m going to be considering any and all options.” He described himself as “a centrist in many ways — right up the middle.” He said he has supported Democrats.

Just announced my exploratory committee for the US Senatehttps://t.co/T6k9kUF7eB