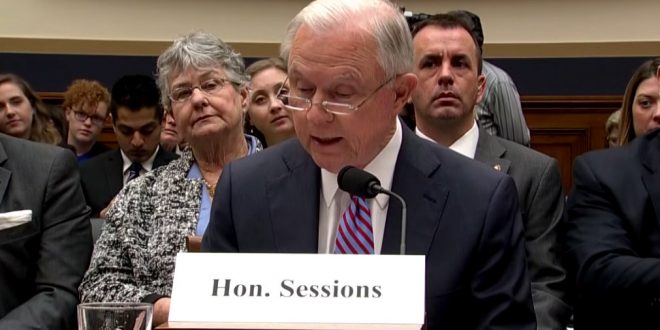 REVEALED: McCabe Oversaw Criminal Probe Of Jeff Sessions For Lying About His Contacts With Russians

Nearly a year before Attorney General Jeff Sessions fired senior FBI official Andrew McCabe for what Sessions called a “lack of candor,” McCabe oversaw a federal criminal investigation into whether Sessions lacked candor when testifying before Congress about contacts with Russian operatives, sources familiar with the matter told ABC News.

Democratic lawmakers have repeatedly accused Sessions of misleading them in congressional testimony and called on federal authorities to investigate, but McCabe’s previously-unreported decision to actually put the attorney general in the crosshairs of an FBI probe was an exceptional move.

One source told ABC News that Sessions was not aware of the investigation when he decided to fire McCabe last Friday less than 48 hours before McCabe, a former FBI deputy director, was due to retire from government and obtain a full pension, but an attorney representing Sessions declined to confirm that.

Previous Trump Attacks His Predecessors In Defense Of Putin Call: We Need Russia’s Help In The “Coming Arms Race”
Next FLORIDA: FBI Raids Home Of White Supremacist Leader Who Claimed To Have Trained Parkland Mass Shooter