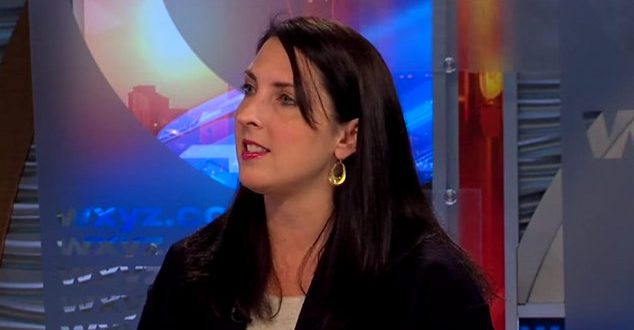 Republican National Committee chair Ronna Romney McDaniel this morning declared on Twitter that “Democrats hate Trump more than they love America.” McDaniel was immediately dragged by many who pointed out that SHE loves Trump more than she loves her own family, as she was reportedly pressured by the White House to stop using her full name as it reminds Glorious Leader that her uncle is Mitt Romney.

Democrats hate our President more than they love our country.

Ronna Romney McDaniel cares more about her job than her actual name.

You literally changed your name to appease this dope. Sit down.

Changing your name doesn’t disguise how bad you are at this.

Ronna McDaniel loves our President more than she loves her own name, which was Ronna ROMNEY McDaniel until she stopped using Romney in public at Trump’s request when he made her RNC chair. https://t.co/puhcSrXP1h https://t.co/fJcuVmHy1v

Your party endorsed a pedophile to try and maintain a Senate advantage. (you failed)

But please, lecture us more about putting our country first. pic.twitter.com/z3qEx8el0C

There was a time when party chairs weren’t blitheringly stupid. https://t.co/xM2rmhUeaY

Democrats hate our president because we love our country.