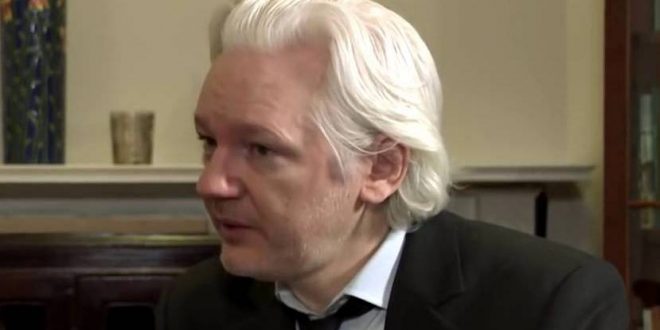 REPORT: Ecuador Is Now Electronically Jamming Their Own Embassy To Block Assange From The Internet

Because just cutting off his WiFi wasn’t enough.

Electronic jammers have been placed inside the Ecuadorian embassy in London to prevent WikiLeaks founder Julian Assange having access to the internet or social media, sources say. The Ecuadorian government took the measure on Tuesday evening, stopping Assange from tweeting, using the internet or phone.

He has also been refused any visitors to the embassy, where he has been living since June 2012, believing he will be extradited to the US for questioning over the activities of WikiLeaks if he leaves. The measures follow the publication of an article in the Ecuadorian press concerning Assange’s tweets about the arrest of former Catalan president Carles Puigdemont in Germany earlier this week.

He was also asked to erase a tweet which said: “In 1940 the elected president of Catalonia, Lluis Companys, was captured by the Gestapo, at the request of Spain, delivered to them and executed. Today, German police have arrested the elected president of Catalonia, Carles Puigdemont, at the request of Spain, to be extradited.” Assange did not erase the tweet.

Assange is an Australian national, by the way.

Previous David Hogg To Ingraham: I’ll Accept Your Apology Only If You Denounce The Way Fox News Has Treated Us
Next Sessions Rejects GOP Calls For Second Special Counsel To Investigate FBI Over Clinton And Russia Probes