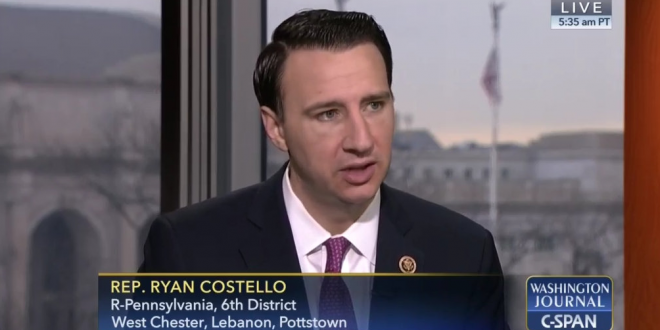 Sources have told City&State PA that Republican U.S. Rep. Ryan Costello has decided not to seek reelection in Pennsylvania’s hotly contested Sixth Congressional District. Despite filing petitions on Tuesday to run for another term, four Republican sources said Costello indicated at a recent meeting with state and local GOP officials that he intends to drop out of the race in the weeks before the May Primary. The sources all spoke on the condition of anonymity, citing the sensitive nature of the meeting.

Costello reportedly met with state party chair Val DiGiorgio, former 6th District Congressman Jim Gerlach and several other top Republicans early Friday. According to sources, he indicated that he intended to seek a job in the private sector rather than face a costly reelection fight. Long pegged by opponents as a particularly vulnerable Republican incumbent, the two-term Congressman had reportedly been eyeing an exit for weeks.

How many does this make? About 40?