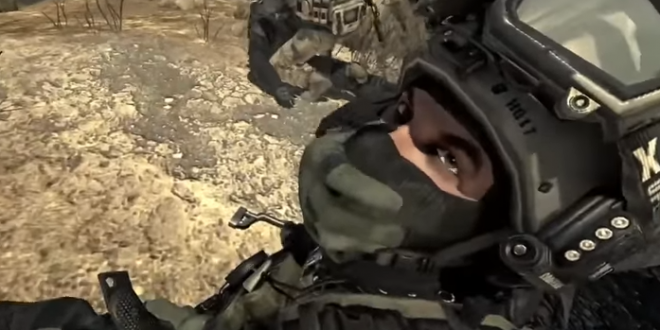 Yesterday, President Trump brought together top executives from the gaming industry, parents groups, and members of Congress for a meeting to discuss violence in video games. Announced last week as part of President Trump’s response to the Parkland shooting, the meeting was hastily assembled and has been criticized as a purposeful distraction from more concrete gun-control measures.

The proceedings were closed to the press, but by all accounts, the meeting was a strange one. The president opened the meeting by showing a supercut of hyperviolent gameplay scenes drawn largely from the Call of Duty series — a compilation that was later posted to the White House’s official YouTube account. According to The Washington Post, the president asked the group, “This is violent, isn’t it?” after the video ended.

A video montage of violent scenes in video games has been released on the White House’s official YouTube channel, spawning a backlash from gaming fans. The age-restricted games featured in the White House clip include Bethesda’s Fallout 4 and the Sniper Elite series.

It also features the infamous “No Russian” mission from 2009’s Call of Duty: Modern Warfare 2, in which players shoot at groups of unarmed civilians in an airport.

The montage has attracted more than 22,000 dislikes and just 700 likes on YouTube, with one commenter asking: “If killing someone in a game makes me a murderer, does playing Dr. Mario make me a pharmacist?” Video game fans also took to Twitter, where some pointed out the irony of the White House uploading violent footage.

This compilation of violent acts in video games is an official White House video, y’all… presumably to further the administration’s attempts to deflect from the issue of guns. It was uploaded to the official White House YouTube page: https://t.co/E9JGs1x7IV pic.twitter.com/hp0Z4IlxBL

I can’t believe the White House has such a violent compilation of game footage from age-restricted games on their YouTube channel without the industry-standard PEGI/ESRB warnings for content in front of it. pic.twitter.com/aal4rh9dcU

Previous PENNSYLVANIA: Dem +4 In Special US House Race
Next The Mooch: Rachel Maddow Needs A Suppository To Get Over Her Trump Derangement Syndrome [VIDEO]