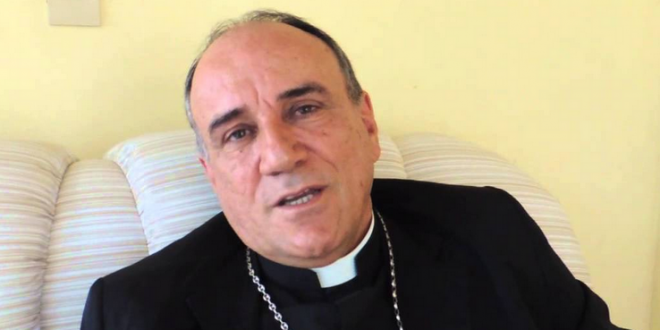 No kids involved. This time:

A group of Catholic priests in Brazil have been arrested, accused of embezzling £426,000 of church donations, funeral fees and fundraising cash. The Bishop of Formosa, Jose Ribeiro, along with five clergymen and three lay people were detained in prison in Goiás this week charged with stealing over 2 million reais (£426,000) from church funds. A police raid on one of the priests’ home saw officers pry open a false wall in to find cash in plastic bags hidden in a secret storage space.

It’s alleged the money was stolen over a three-year period from tithes, donations, fundraising events and from fees collected for ceremonies such as baptisms and weddings. Phone taps uncovered the alleged web of deceit with conversations apparently revealing how the group laundered the money by purchasing a cattle ranch, a lottery agency, mobile phones, luxury cars, designer watches and gold chains. Large amounts of cash in foreign currencies were also found.

According to Brazil’s O Globo, it took authorities hours to count the cash as most of it was in small bills and coins. Previous Texas Pastor Sentenced To 99 Years For Starving Child To Death Because He Was Possessed By Demons
Next ORLANDO: Wife Of Pulse Gunman Demands Mistrial After Revelation That Father-In-Law Was FBI Informant