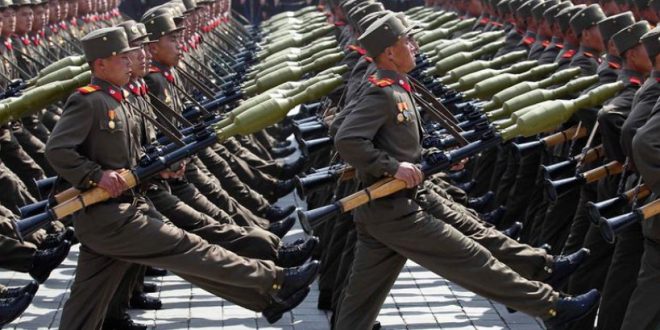 It looks like President Donald Trump is getting the military parade he wants in Washington — though he may get no tanks for the effort. A Pentagon planning memo issued Thursday and released Friday says the parade being planned for Nov. 11, Veterans Day, will “include wheeled vehicles only, no tanks — consideration must be given to minimize damage to local infrastructure.” Big, heavy tanks could tear up District of Columbia streets.

But the event will “include a heavy air component at the end of the parade,” meaning lots of airplane flyovers. Older aircraft will be included as available. The memo from the office of Defense Secretary Jim Mattis offers initial planning guidance to the chairman of the Joint Chiefs of Staff, whose staff will plan the parade along a route from the White House to the Capitol, and integrate it with the city’s annual veterans’ parade. Northern Command, which oversees U.S. troops in North America, will execute the parade.

Previous The NRA Has Given $7.3M To Schools Since 2010
Next TENNESSEE: Gay Couple Sues State Republican Party For Using Their Wedding Photo In Attack Ad [VIDEO]