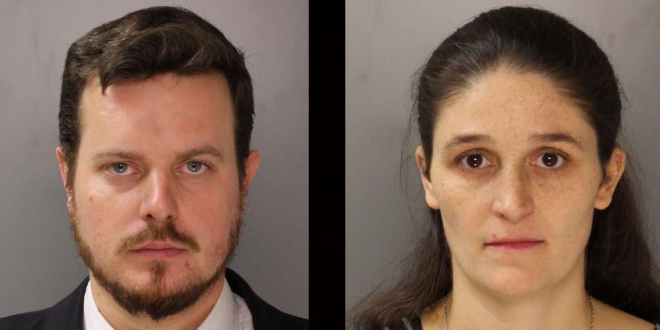 After a roughly six-hour process, attorneys selected a jury to hear the case of an Upper Tulpehocken Township couple who did not seek medical attention for their 2-year-old daughter before she died of pneumonia. Jonathan Foster, 35, and Grace Foster, 33, are being tried on charges of involuntary manslaughter and endangering the welfare of a child in the death of their daughter Ella Grace Foster.

The couple did not seek any medical care for their ailing daughter because of their religious beliefs. The Fosters belong to Faith Tabernacle Church, a religious sect that does not believe in any type of medical intervention, only faith healing. Their beliefs are expected to be a key part of the trial, but Pennsylvania law does not allow religious beliefs to be presented as a justification for a crime.

Prosecutors also sought charges for the grandfather, a pastor of Faith Tabernacle Church, for his failure to report child abuse, but the case was dismissed in December for lack of evidence. The previous hearings for this particular case have all been subjected to disturbance after members from the couple’s church hummed from the gallery as the trial proceeded. Assistant District Attorney Katie Lehman asked Judge M. Theresa Johnson to prohibit any sort of noise or disturbance from the supporters of the couple’s church.

The toddler would likely have been easily cured with routine antibiotics, but her parents opted for “prayers and anointing oil.” Their six other children are now in the custody of the state as a condition of bail for the parents. According to the above-linked story, a “large group of supporters” were in court during the start of jury selections.