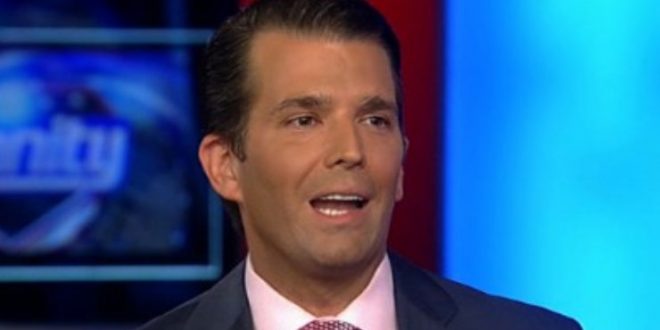 Despite nationwide marches for gun control, divorcing Donald Trump Jr. is doubling down on firearms. Avid hunter Don Jr. — whom sources say has lobbied his father, President Donald Trump, to ignore calls for gun control — has celebrated becoming a single man by getting a permit to carry a concealed gun in Pennsylvania, we’re told.

Sources say that Don Jr. recently applied for a permit to carry a concealed weapon in Lackawanna County. It is not clear why he applied in Pennsylvania, but just before his wife, Vanessa Trump, filed for divorce, Don Jr. was issued the permit, which lasts for five years and is accepted in many other states across America, but not in New York.