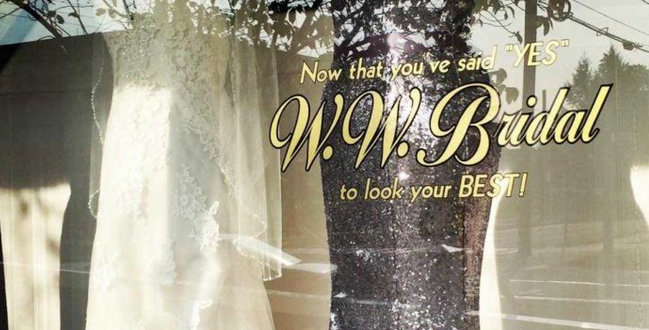 The Christian owners of a bridal shop in Pennsylvania who have been receiving threats since declining to assist a lesbian with her wedding last July have decided to close their business due to fears of an impending ordinance that would require them to violate their faith, as well as the inability to market themselves in light of false negative reviews.

“The members of our town council have made it known they will pass an ordinance soon. We have chosen to close rather than be forced to go against our faith,” W.W. Bridal Boutique in Bloomsburg, co-owned by Victoria Miller and her three daughters, explained on social media on Sunday. The boutique has discounted all wedding gowns to half price as the women plan to close their doors permanently on March 30.

As previously reported, the bridal shop first came under criticism in 2014 after Miller and her daughters declined to schedule a gown fitting for a lesbian and her partner. “We feel we have to answer to God for what we do,” Miller told reporters at the time. “And providing those two girls dresses for a sanctified marriage would break God’s law.”

Over at the AFA’s OneNewsNow, the version of the story is that evil gays have harassed them into closing. The AFA makes zero mention of the impending ordinance. The shop has launched a money beg posted by “Warriors For Christ.”

Previous Ted Cruz Warns That The Rage-Filled “Extreme Left” Will Turn Out In Historic Numbers For The 2018 Midterms
Next NYC Pride 2018 Grand Marshal: Billie Jean King