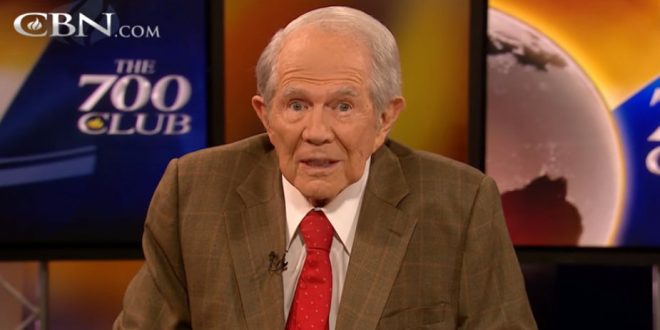 In the wake of the mass shooting at a high school in Parkland, Florida, last month, televangelist Pat Robertson voiced his support for a ban on assault weapons, saying that there is no reason why “the general population needs to have automatic weapons” and that a ban on them was “sensible.”

Over the weekend, hundreds of thousands of young people participated in nationwide “March For Our Lives” events to call for gun reform legislation and Robertson congratulated them on “The 700 Club” today. “I congratulate these young people on taking a stand of this nature,” he said. “God bless ’em.”

While asserting that “gun control is not going to stop the violence” and that “restricting gun purchases is not going to do any good,” Robertson was nevertheless impressed by the effort.