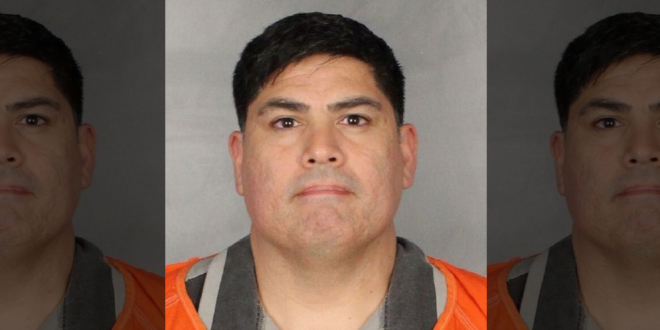 A pastor resigned from a local church that has taken a vocal role in preventing human trafficking. The resignation came amid a prostitution investigation in December, and the pastor turned himself in to law enforcement on a prostitution charge today.

Edward Ignacio Espinosa, 41, was arrested on a Class B misdemeanor prostitution charge after he paid for sexual acts at a local massage parlor last year, according to an arrest affidavit. Espinosa was a community outreach pastor at Antioch Community Church when he told his supervisor Dec. 7 he had visited the business in October, Senior Pastor Jimmy Seibert said.

“Once he confessed his sin, he was placed on administrative leave,” Seibert said. “We were doing our own investigation about the incident, and he later turned in his resignation to us.”

Seibert opposes same-sex marriage and has endorsed the dangerous, discredited idea that gay people can change their sexual orientation. “Truth No. 1: Homosexuality is a sin. The lie: Homosexuality is not a sin,” Seibert said in a June 2015 sermon responding to the U.S. Supreme Court’s decision in favor of nationwide marriage equality.

Seibert added that “the statistics say that 90 percent of people who are in a full-blown homosexual lifestyle were abused in some way—physically, sexually, mentally.”

Previous DeVos Backs Arming Teachers After Parkland Visit
Next White House On Stormy’s Lawsuit: We’ve Addressed Our Feelings On That Situation, Nothing More To Add