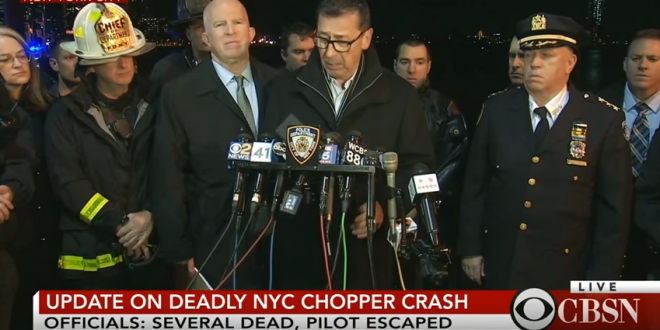 The fatal New York City helicopter crash that killed everyone on board except the pilot may have been caused by a passenger’s piece of luggage, the pilot told investigators. The pilot said one of the passenger’s bags may have inadvertently hit the emergency fuel shutoff button, leading to the crash that killed five passengers, a senior law enforcement official said. The National Transportation Safety Board will try to determine the cause of the Sunday evening crash, the Federal Aviation Administration said. The NTSB tweeted that an investigation team of 14 people would arrive Monday morning. The passengers were on a Liberty Helicopters chopper that had been chartered for a private photo shoot, authorities said.