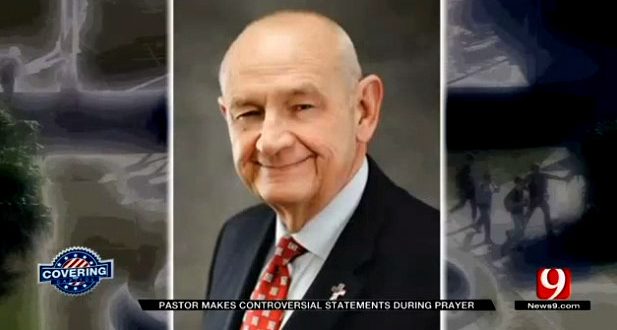 The pastor who presided over the morning prayer and devotion in the state Senate is generating some anger. He suggested recent natural disasters and man-made tragedies like the Florida school shooting are the result of God’s wrath over, among other things, gay marriage.

“Jacob (Nikolas) Cruz, February the 14th, went into a school and killed 17 of our people. Our kids. What is going on?” Pastor Bill Ledbetter of the Fairview Baptist Church in Durant asked senators. “Do we really believe we can create immorality in our laws, do we really believe that we can redefine marriage from the word of God to something in our own mind and there not be a response?”