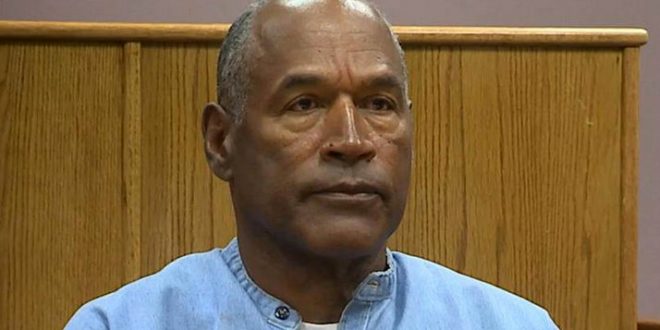 The Buffalo News has published an extensive interview with OJ Simpson. Here’s the bit getting the most attention:

Simpson and Trump once were friends and golf buddies. Simpson attended Trump’s December 1993 wedding to Marla Maples at the Plaza Hotel in Atlantic City. Two years later, Trump suggested on the “Howard Stern Show” that Simpson was framed for the Brown Simpson and Goldman murders. Trump since has mocked Simpson on Twitter.

Simpson generally agrees with the president about Colin Kaepernick and other players who’ve demonstrated during the national anthem before games. Trump has slammed Kaepernick, other athlete protestors and the NFL. The president has called for those players to be fired and for fans to boycott the league for allowing displays of dissent.

“I think Colin made a mistake,” Simpson said. “I really appreciate what he was trying to say. I thought he made a bad choice in attacking the flag. “I grew up at a time when deacons were in the KKK. I don’t disrespect the Bible because of those guys. The flag shouldn’t be disrespected because of what cops do. The flag represents what we want America to be.”

Yeah, so that’s the nation’s most infamous living murderer backing Trump on patriotism. Breitbart must be thrilled.