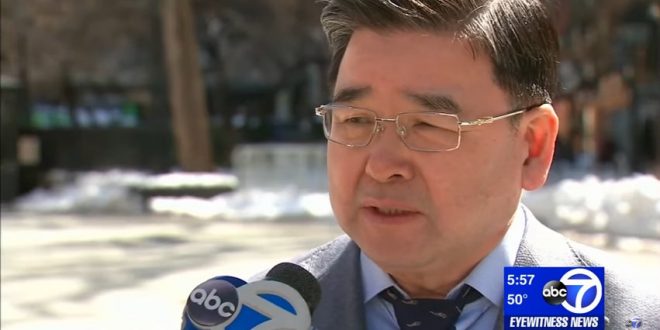 Targeting one culprit in the panoply of noxious street odors, a Queens Democrat asked the New York City Council on Thursday to ban smoking while walking. “In a perfect world, every smoker would have the self-awareness to realize that smoking and walking down a crowded sidewalk subjects everyone behind you to breathing in the fumes,” City Councilman Peter Koo said in a statement.

“Unfortunately, we’ve all had the experience of getting stuck behind a smoker while walking down a crowded city sidewalk. If you want to smoke, stand off to the side. People can easily walk past you. But if you’re smoking and walking down the sidewalk, you’re forcing the people behind you to breathe it in.”

New York City and state already have some of the strictest anti-tobacco laws in the country, and Koo’s addition would be a new subdivision to the city administrative code, which already bans smoking on mass transit, in public restrooms and restaurants, businesses, libraries, sports arenas and gyms, zoos, bars, and parks, among other places.

Previous ALABAMA: Lawyer For Roy Moore Accuser Says He Was Offered $10,000 Bribe To Turn On His Client [VIDEO]
Next Man Arrested For Threatening To Murder GOP Rep, Previously Sued Feds For Non-Enforcement Of Pot Laws