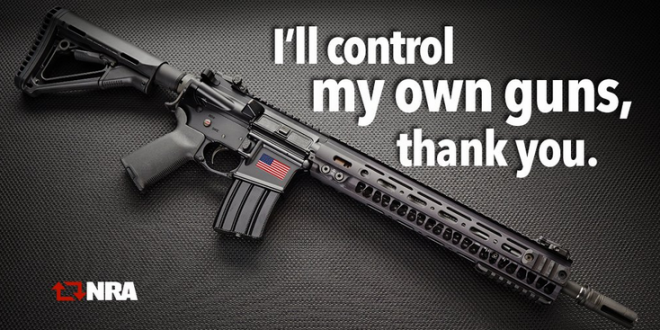 Millions of teenagers will be old enough to vote for the first time in November and the NRA is determined to make all of them lifelong Democrats.

The National Rifle Association (NRA) countered calls for new gun control legislation on Wednesday as thousands of students across the country walked out of schools to protest gun violence.

The NRA tweeted an image depicting an AR-15 style rifle, the same gun used in the Marjory Stoneman Douglas High School shooting last month that killed 17 students and faculty in Parkland, Fla., with the caption, “I’ll control my own guns, thank you.”

The tweet came during the planned, nationwide student protests one month after the Feb. 14 Florida shooting. Students are protesting gun violence and demanding that lawmakers pass new gun laws to make their schools safer.

I’ll control my own guns, thank you. #2A #NRA pic.twitter.com/jqbZzwcWf6