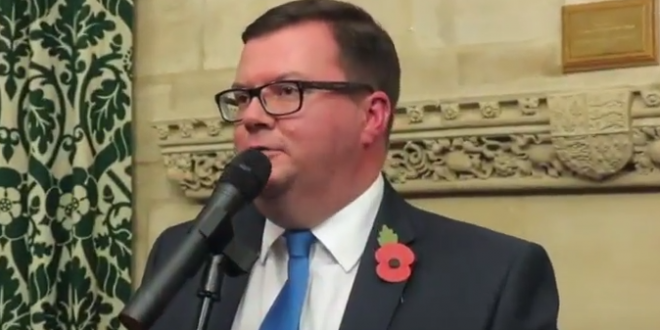 A bill aimed at legalising same-sex marriage in Northern Ireland is set to go before the House of Commons next week. The Marriage (Same Sex Couples) Northern Ireland Bill will be tabled by Labour MP Conor McGinn [photo] on Wednesday.

It will be introduced under the Ten Minute Rule, which allows for an MP to make the case for a new Private Members’ Bill for up to 10 minutes, after which an opposing speech may be made.

MPs then vote on whether the bill should advance to its first reading stage. This would be the first step towards same-sex marriage in Northern Ireland being legislated for directly from Westminster, although the Bill would face a lengthy passage through the House of Commons and House of Lords.

NOTE: When the British say a bill will be “tabled” they mean it will be introduced. In the US tabling a bill means putting it aside, probably indefinitely.