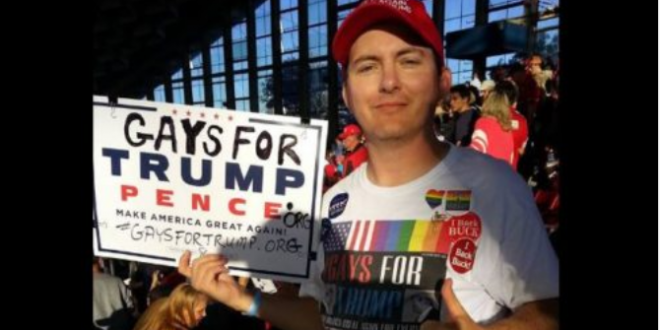 Peter Boykin, the founder of the right-wing activist group “Gays for Trump” who is running for the North Carolina House of Representatives, believes transgender troops “would be our weakest link.” Speaking to The Daily Beast, Boykin said he believed that transgender soldiers are “mentally challenged” and too expensive for the military.

“As long as there are troops and veterans out there who are not getting the care that they should… I couldn’t care less about transgender [people] getting an elective surgery,” Boykin said. “People already have enough problems with PTSD, I don’t think it’s a good idea to give someone going through that type of change a weapon. They might snap and turn it on their fellow soldiers.”

Hit the link for much more. Apparently the Log Cabin Republicans want nothing to do with him.