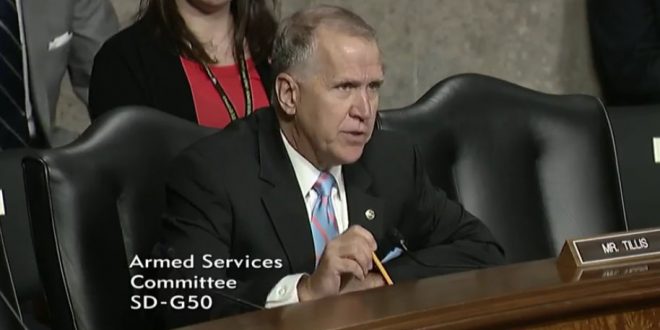 North Carolina Sen. Thom Tillis and the state’s Republican Party paid $345,000 to a data company that is now under scrutiny for its use of personal information about Facebook users. Cambridge Analytica also worked for the Donald Trump campaign, earning more than $5.9 million in 2016 according to Federal Election Commission filings, and for the “Brexit” campaign in the United Kingdom.

Two years earlier, the data company helped Tillis, a Republican, defeat Democratic incumbent Kay Hagan by 1.7 points. It was at the time the most expensive U.S. Senate race in history with total spending of more than $121 million. Cambridge Analytica put a page about Tillis’ race on its website, touting its work and listing the race as a case study. Wayne Goodwin, the chairman of the North Carolina Democratic Party, said the reports about Cambridge Analytica make him “wonder whether North Carolina was used as a trial run in 2014.”

North Carolina GOP executive director Dallas Woodhouse claims he cannot locate their contract with Cambridge. Woodhouse, you may recall, earned national headlines days before the 2016 election when he dangled a set of handcuffs during an MSNBC appearance, declaring them to be Hillary Clinton’s “inauguration jewelry.”