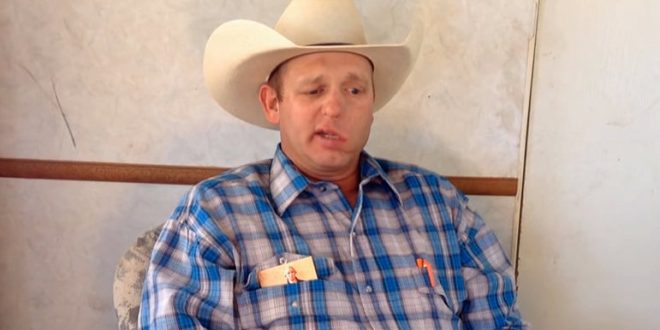 NEVADA: Son Of Cliven Bundy To Run For Governor

Ryan Bundy, the son of controversial Mesquite-area rancher Cliven Bundy, plans to run for governor in 2018. Bundy told The Nevada Independent in an interview on Thursday that he plans to file to run for governor as an independent on March 14, and will run on the same state sovereignty principles that made him and his family household names during a 2014 armed standoff with the federal government over unpaid grazing fees.

“The state of Nevada needs someone who will stand up for statehood, and recognize that Nevada is a sovereign state, not just a province of the U.S.,” he said. Bundy, who was acquitted and released from an Oregon court in November following charges that stemmed from the takeover of the federally owned Malheur National Wildlife Refuge, said he didn’t believe any of the current candidates for governor would enforce Nevada’s “constitutional” right to all land and resources within the state.

More from the SPLC:

After spending 22 months in federal custody, Ryan Bundy was released from jail in Nevada on November 14 after the start of the jury trial in Las Vegas that was derailed by what the judge described as misconduct by government prosecutors who failed to turn over certain FBI documents to defense attorneys. The Justice Department is appealing those dismissals. Ryan Bundy earlier was acquitted of federal charges for his role in the 2016 takeover of the Malheur National Wildlife Reserve in Oregon.

Bundy’s disfigured face is from a childhood car accident.