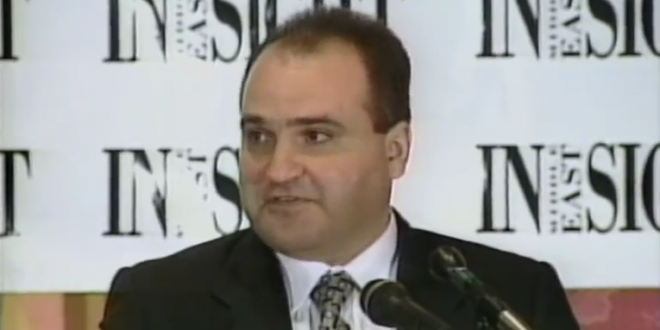 Mueller Witness Was Imprisoned For Pedophilia

On Wednesday, an official in the Czech Republic told The Associated Press that Nader is a convicted pedophile and served time in a Prague prison around that time. Nader was convicted by Prague’s Municipal Court of 10 cases of sexually abusing minors and sentenced to a one-year prison term in May 2003, said Marketa Puci, the court spokeswoman. She said the crimes occurred between 1999 and 2002.

Nader’s legal problems in Prague appear unrelated to his role in Mueller’s probe in the United States. But they contribute to the portrait of a man who has led a shadowy existence as a go-between across numerous Middle East capitals and who gave testimony to Mueller’s Washington grand jury earlier this month.

Puci, the court spokeswoman, said Nader was convicted of “moral corruption of minors, sexual abuse and impairing morals,” after abusing underage boys. In one case, Nader requested oral sex from a 14-year-old in a room at the Hilton Hotel in Prague, Puci said. After the boy refused, Nader masturbated in front of the boy and paid him 2,000 koruna — worth about $100 today, she said.

Back in January, Nader was intercepted in the Dallas airport by investigators from Robert Mueller’s office. He is said to be cooperating. Hit the second link for much more.

Previous BREAKING: White House Finally Sanctions Russia Over 2016 Election Meddling And “Malicious” Cyberattacks
Next Christian Radio Host: The Second Amendment Gives Us The Right To Own Any Weapon The Government Does