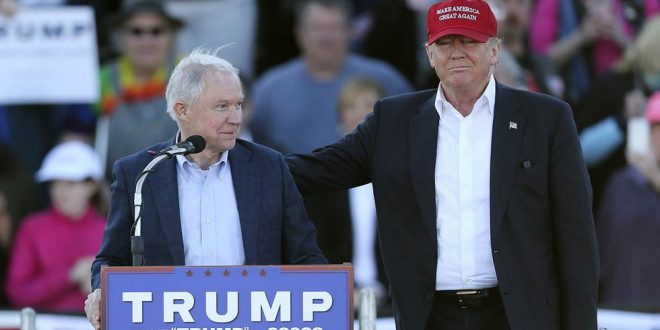 Special counsel Robert S. Mueller III has been investigating a period of time last summer when President Trump seemed determined to drive Attorney General Jeff Sessions from his job, according to people familiar with the matter who said that a key area of interest for the inquiry is whether those efforts were part of a months-long pattern of attempted obstruction of justice.

In recent months, Mueller’s team has questioned witnesses in detail about Trump’s private comments and state of mind in late July and early August of last year, around the time he issued a series of tweets belittling his “beleaguered” attorney general, these people said.

The thrust of the questions was to determine whether the president’s goal was to oust Sessions in order to pick a replacement who would exercise control over the investigation into possible coordination between Russia and Trump associates during the 2016 election, these people said.

And that was before yesterday’s “disgraceful” rant.