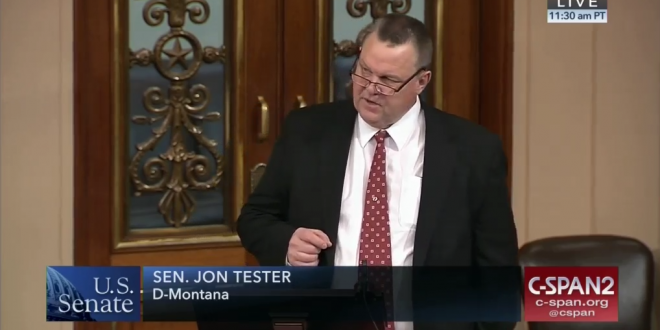 A man who registered as a Green Party candidate for Montana’s U.S. Senate race was on the state Republican Party’s payroll and heads a newly formed anti-tax group, according to a review of election documents. Timothy Adams filed as a challenger Monday against Democratic Sen. Jon Tester, who faces a tough re-election campaign, in a race where a Green Party candidate could siphon votes from the Democrat.

Adams’ name and phone number is the same as the treasurer of Montanans Against Higher Taxes, a group formed to oppose a legislative referendum on the ballot this fall for a 10-year property tax extension for the state’s university system. Adams also is accusing the pro-ballot referendum committee of campaign finance violations in a complaint filed with the Commissioner of Higher Practices last month. In that complaint, he lists the same phone number and a home address in Bozeman.

In his Senate filing, Adams listed a post office box as his address. A local Green Party official appears to be unfamiliar with Adams but says they can’t stop candidates from filing to run under their name.