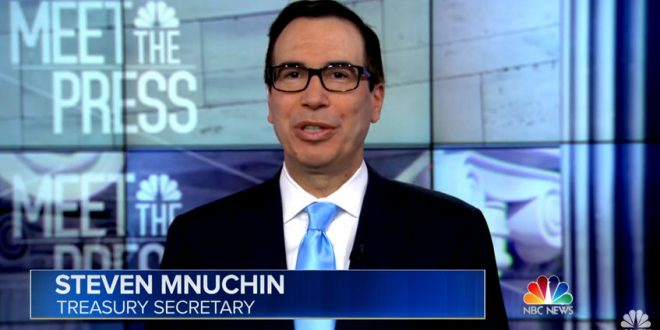 At one point, Trump even hushed boos of Kim Jong-Un while encouraging the crowd to boo the reporters in the back of the room.

“I think you should be focused on what the policies are. He’s using those vulgarities in the context of a campaign rally,” Mnuchin said. “Obviously there were a lot of funny moments on that rally.”

Todd deadpanned, “They were hilarious.”