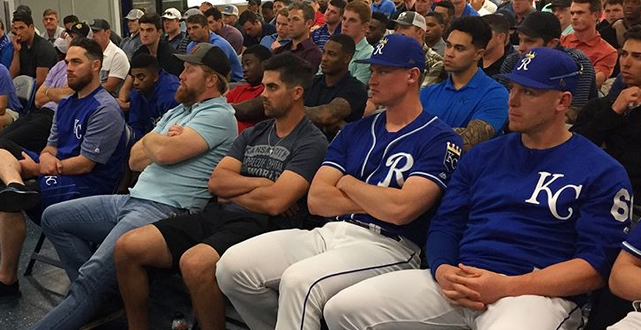 All throughout spring training camps in Florida and Arizona, MLB teams bring in motivational speakers and guest instructors to help their players, especially their young players. As part of their spring routine, the Kansas City Royals have taken it upon themselves to teach their players about the harmful effects of … pornography?

Tony Perkins is, of course, thrilled:

Dayton Moore cares about putting a winning Kansas City Royals team on the field. But first, he wants to make sure they’re a healthy group off it. Like a number of general managers, Moore is a Christian. And, as his players will tell you, his second biggest priority is for players to have victory in every area of their lives. That starts, he told the team, by taking a stand against toxic influences like pornography.

The devastation to marriages and families and teenagers is real. If we want to do something about it, then parents have to be willing to take on this awkward and sometimes uncomfortable subject with their kids. Wives and husbands, pastors and congregations, legislators and voters — and yes, even major sports leagues — need to be committed enough to ending this crisis to sit down and talk.