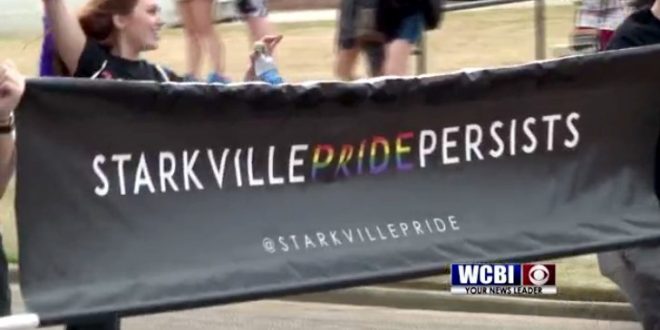 Close to 3,000 people flooded downtown Starkville on Saturday for the first LGBTQ Pride parade in the city’s history. After grabbing national attention, the grassroots group Starkville Pride was allowed to move forward with its parade despite initially being voted down by the city’s Board of Aldermen in late February.

The group took legal action following the city’s decision to deny the event request, and after a tense few weeks, Mayor Lynn Spruill served as the tie-breaking vote to approve the event request. Spruill has been a vocal supporter of the group and praised the turnout made possible by the high level of attention brought to the situation.

How about a great rainbow 🌈 cowbell. pic.twitter.com/9iuVibGhpc

Previous State TV Host: I Don’t Need Kids Lecturing Me On Gun Laws So This Morning I Donated To The NRA [VIDEO]
Next REPORT: Another GOP House Rep Hits The Exit