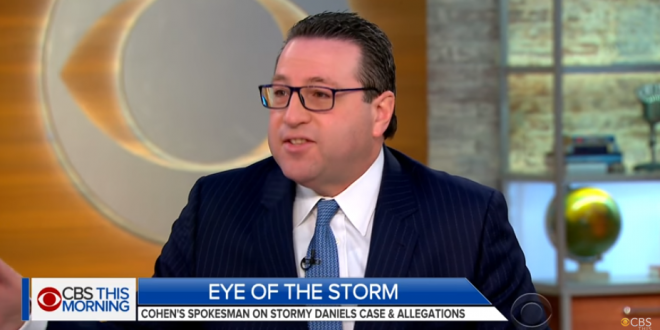 The deposition of President Donald Trump and his personal lawyer Michael Cohen in the case over Stormy Daniels’ nondisclosure agreement is “absolutely not going to happen,” Cohen’s attorney said on Thursday.

David Schwartz, the lawyer who represents Trump’s longtime personal attorney, told NBC host Megyn Kelly that a motion filed by Daniels’ legal team seeking permission to question the president and Cohen under oath is a nonstarter.

“It’s absolutely not going to happen — not in this case, anyway, because the case itself is completely frivolous,” Schwartz said.

“He’s seeking to take the deposition of Michael Cohen and President Trump. Is that going to happen?” @megynkelly asks about Stormy Daniels’ lawyer Michael Avenatti on @megyntoday

Anybody else think it odd that Michael Cohen's lawyer is not a specialist in contracts or real estate but in criminal defense? https://t.co/jxX2DoyEbb

Can someone please ask Michael Cohen to call down to central casting again and order up a new hack to speak on his behalf? I’m bored with batting around David Schwartz. #neednewchallenge #basta