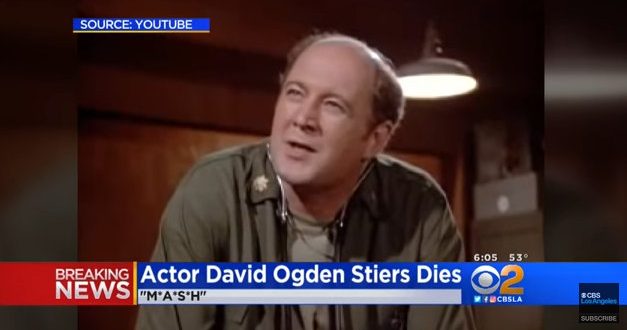 David Ogden Stiers, best known for his role as the arrogant surgeon Major Charles Emerson Winchester III on “MASH,” died Saturday. He was 75. His agent, Mitchell K. Stubbs, tweeted that he died of bladder cancer at his home in Newport, Ore.

For his work on “MASH,” Stiers was twice Emmy nominated for outstanding supporting actor in a comedy or variety or music series, in 1981 and 1982, and he earned a third Emmy nomination for his performance in NBC miniseries “The First Olympics: Athens 1896” as William Milligan Sloane, the founder of the U.S. Olympic Committee.