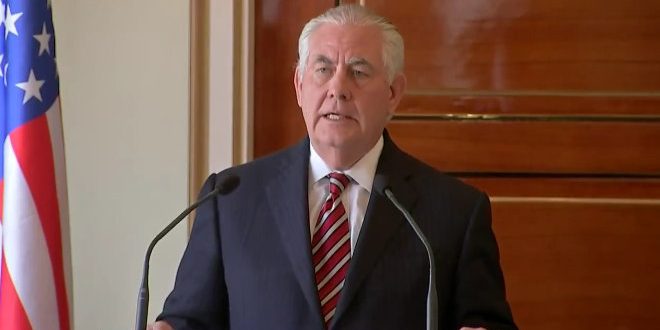 Outgoing Secretary of State Rex Tillerson, whose firing was announced hours earlier, is slated to address reporters from the State Department briefing room on Tuesday afternoon. Tillerson’s ouster, first reported Tuesday morning, was quickly confirmed by President Donald Trump in a tweet. White House officials said Tillerson found out on Friday that he would be fired, according to the Associated Press.

But in a statement on Tuesday, Undersecretary of State Steve Goldstein said, “The Secretary had every intention of staying because of the critical progress made in national security. He will miss his colleagues at the the Department of State and the foreign ministers he has worked with throughout the world.” Shortly after making the statement, Goldstein was fired by the Trump administration for contradicting the White House’s account of Tillerson’s firing, NBC News reported.