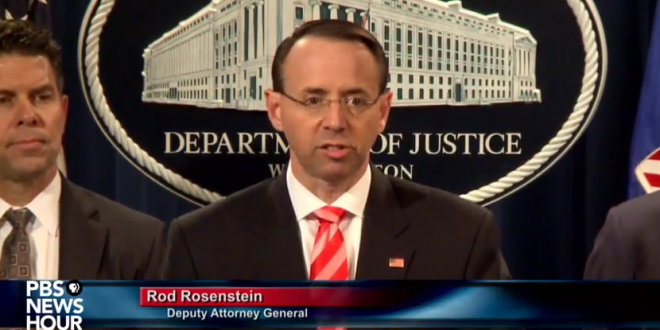 Deputy Attorney General Rod Rosenstein is expected to lead a news conference today to make a “major cyber law enforcement announcement.” The conference is planned for 10 a.m. today. Rosenstein will be joined by other law enforcement officials for the announcement, including Sigal Mandelker, the U.S. Treasury department’s undersecretary for terrorism and financial intelligence. It’s not immediately clear what the conference will specifically address.

Well this should be interesting.