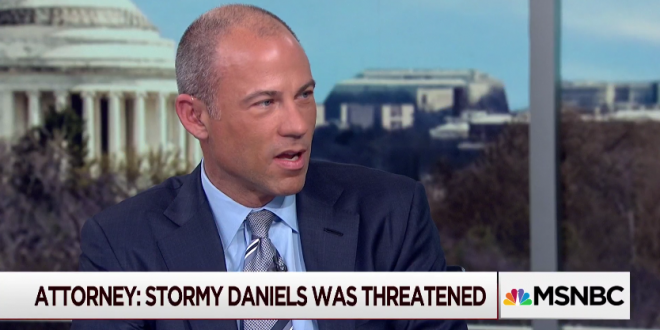 Lawyer: Stormy Has Been Physically Threatened

Lawyer Michael Avenatti, appearing on MSNBC’s Morning Joe program, did not elaborate on who made the alleged threat and whether it occurred before or after she signed a non-disclosure agreement with Trump’s personal lawyer, Michael Cohen, not to discuss her alleged relationship with Trump.

The agreement was signed shortly before the 2016 presidential election. Daniels, whose real name is Stephanie Clifford, received $130,000 from Cohen after signing the agreement.